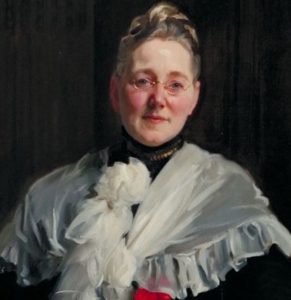 This short video clip (1st of a series on greats in Johns Hopkins history) tells the story of Mary Elizabeth Garrett and her role in the founding of Johns Hopkins Medical School and in its requirement of strong scientific background for entry. She raised the money to open the medical school, insisting that women be considered on the same terms as men.

Mary Elizabeth Garrett was born in Baltimore in 1854, the daughter of the first president of the B & O Railroad Company. She and four of her friends formed a club, the Friday Night. In addition to social outings, they gathered for discussions. The complaint that men had more opportunities bothered them. They didn’t just idly complain. They

The Almost Gate and neuron’s automatic feature detection explain the importance of associations in thinking. Mental Construction covers that plus much more.

No protracted war can fail to endanger the freedom of a democratic country. Alexis de Tocqueville