Last week I finished a discussion class, focused on the best American short stories of 2017 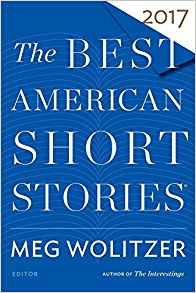 . In addition to enjoying the stories, I was looking to learn more about what readers wanted from the stories.

As I was leaving the final class one lady shook her head and said to me, “I wanted to ask him (the teacher) why don’t we read any stories that are happy. Of course, I guess they have to have conflict, but …” I mumbled something about logic, but she didn’t want an answer. She was making an observation about the story choices.

Most stories have a conflict which, in a generous interpretation, can be cast as an obstacle which their personality (character flaw) makes difficult to overcome. In the climax, the character either overcomes the obstacle by surmounting their flaw (a happy event) or succumbs to their flaw and fails the final task (a tragedy). A large number of stories we discussed were of the tragic conclusion. In “Ugly,” an excellent story by Mary Gordon, the chief character judged people by their attractiveness. When she realized that and put it aside, she became happier; however, in the climax when her boyfriend returned, she cast aside her new insight and reverted to her superficial measure of beauty as good. That was a tragedy.

This course had a literary orientation. The teacher emphasized style concerns, word facility, and questions about the story. Nothing wrong with that, but that is a choice, a taste, not an inviolate yardstick of goodness. Commercial, mass market,escapist, and genre stories focus on intriguing locales and exciting action as well as mostly happy endings.

I’m glad I took the course, despite its over-weighting of literary yardsticks. My interests lie midway between literary and commercial fiction.

Collection of short stories from youth to maturity. Boomer is available on Amazon and elsewhere. It’s available in print and eBook. Try it. Boomer will surprise you.