It’s nice to read a reasoned, solid reflection of the history of Earth’s climate and the present concerns about climate change.

Parkinson has 30+ years of research in ice drifts, satellite image analysis, and the like. And she has taken the time and effort to write her evaluation of the evidence and theories.

It’s impossible to do justice in this short note to her extended and qualified conclusions, but I’ll mention a few points. The Earth has gone through abrupt climate shifts in the past. So a climate shift could be occurring now, whether triggered by man’s carbon dioxide or by natural forces that we don’t yet understand. Geoengineering attempts like seeding the ocean with iron or changing the Earth’s albedo are as likely to make things worse as better.  In fact, they may make things much worse.

Parkinson points out uncertainties in the scientific position, which are glossed over in media discussions.  Interpreting her, it seems some assumptions and concerns are left implicit, possibly to protect the conclusions from preemptive arguments.  Uncertainties are ever-present in scientific theories, usually covered by implicit or explicit assumptions.

Parkinson is interested in the philosophy of science, mentioning paradigm shifts and T.S. Kuhn’s ‘Structure of Science Revolutions’.  Her point is that the consensus opinion could be wrong in this case as it has been certain times in the past.  That fuels her concern that geoengineering solutions which are in no means certain solutions could be attempted to solve a non-existent problem in ways that will introduce unforeseen, negative consequences.  (She must have cheered the chaotician in ‘Jurassic Park’ as I did. He continually harped on unintended consequences.) 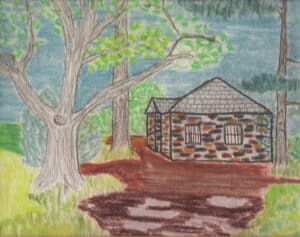